Hit the Road to Mardin 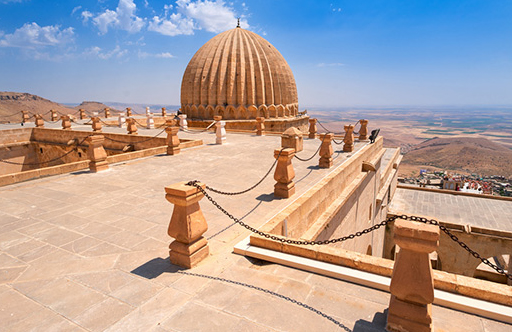 Let us remind you that you need at least a few days to explore Mardin fully. Every corner of Mardin, one of the most mysterious cities in Eastern Anatolia, is very special. Therefore, the most practical way to explore the city is to rent a car. After renting a car in Mardin, you should know that you will need various tips to plan your trip in the city. At this point, the answers provided to questions such as "Where to eat in Mardin?" and "Which of the historical places of Mardin should be seen?" to the locals will provide you with ease.

What to Eat in Mardin?

In addition to its unique looks, Mardin manages to create a fascinating impact with its local flavors. Mardin's most prominent dishes include stuffed tripe known as Kibbe, Mardin style stuffed meatballs, ikbebet, onion kebab and the most famous stuffed ribs. Apart from these flavors, each of which harbors a different culture, Dobo prepared with lamb arm, Firkiye, which reflects the excellent harmony between lamb's meet and green almond, kiliçe and sembusek are also famous. Difficult decision making processes await you on your trip to Mardin, which has remarkable varieties even in terms of local flavors. 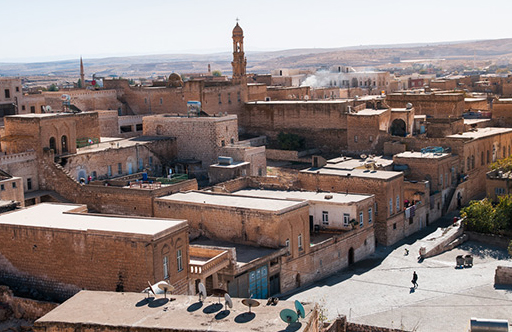 Where to Have Breakfast in Mardin?

There are many different breakfast places in Mardin that will appeal to both your eyes and your heart with their authentic atmosphere. Mardin breakfast places, where mixed breakfasts are served with natural products in addition to the local flavors of Mardin, are located both in and around the city center. Since you will get rental car service in Mardin, all you have to do is make a tough decision to determine your route. 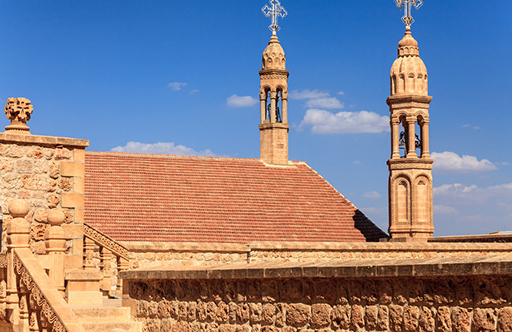 Where to Eat in Mardin?

In Mardin, lunch and dinner turn into a feast as much as breakfast. There are many different restaurants that you can prefer to enjoy Mardin cuisine with red meat in leading role. In these restaurants, local dishes of Mardin are served in their most delicious forms in an atmosphere which ensures an unforgettable experience. 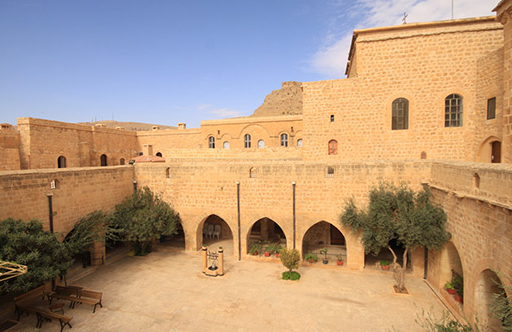 Places to See in Mardin

Midyat, which is one of the places where you can get to know the city best according to locals of Mardin, should be the first stop of your trip. The district, which is about 124 kilometers away from the city center, is a mystical place defined as the meeting point of languages and religions. Conversations are held in Turkish, Kurdish, Arabic and Syriac in the region where Islamic, Christian and Yazidi beliefs live together.

Mor Gabriel Monastery, one of the most important buildings you will see in Midyat, is the right place to start exploring the region. Mor Gabriel, the oldest Syriac Orthodox monastery surviving to our day, is also located in the heart of the Tur Abdin Plateau, which is considered the homeland of the Assyrians.

After Mor Gabriel, which is 22 kilometers from Midyat center, you can enjoy exploring the unique nature of the plateau. Afterwards, you can go to Izozoel Church which is 44 kilometers away. The church, which is thought to have been built in the 6th century, is considered as one of the best examples of Eastern stonework.

Zaz Village, known for its stone houses resembling Cappadocia, is one of the places recommended by locals of Mardin. Zaz, an old Syriac settlement, is an interesting region dominated by the Mediterranean climate.

According to locals of Mardin, Mor Behnam Kırklar Church which is 55 kilometers from the center, should be at the top of your list of places to see. The Assyrian church, built in the 6th century, deserves to be seen due to the mastery of its stoneworks.

Deyrülzafaran Monastery, which is the religious center of the Syriac community, was built in the 4th century. This unique monastery, which is home to tombs of 52 Assyrian patriarchs, is one of the oldest known structures in Mesopotamia.

Many mosques and madrasas belonging to Muslims also contribute to the cultural fabric of the city. Hatuniye Madrasa where the footprint of Prophet Muhammed is exhibited, Kasımiye Madrasa which has an interesting legend, and Zinciriye Madrasa which was built in the 14th century, are some of them. 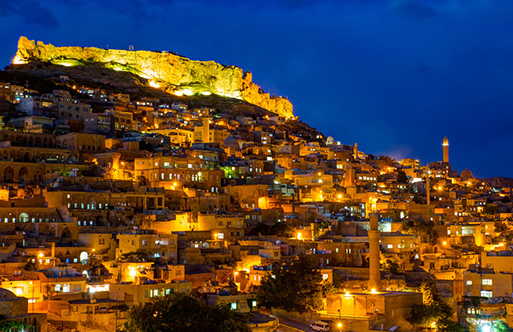 Mardin is a unique place at the meeting point of civilizations, thus the nightlife is also diverse. In places where different cultures can be known closely, the doors of both different and unique entertainment are opened at night.

Renting a car from the Budget Mardin office will allow you to explore the city with pleasure. You can make your booking for renting a car in Mardin by phone or via our website.